In this travel guide you’ll find many reasons for taking an adventure trip to Uganda.

Uganda is the ideal country to combine adventure, nature, contacts with locals.

Uganda is ideal for trekking, rafting and for a fantastic adventure trip.

In Uganda you can experience unique and exciting activities, such as:

Here’s what to see during the adventure trip to Uganda:

The capital, Kampala, a two million inhabitants city in the center of a large urban area on the shores of Lake Vittoria in central-eastern Africa.

The center of Kampala is over a series of hills (7, like the hills of Rome ;-)) and is a network of roads often congested by chaotic traffic.

The visit of the city can start from the Uganda National Cultural Center, where you can visit the spectacular National Theater, a large library and the large African Crafts Village which hosts handicrafts made by traditional local artisans, as well as a cinema, various restaurants and numerous auditorium rooms where cultural initiatives, concerts and exhibitions of all kinds are held regularly.

You can continue with a guided tour of the Parliament Building.

And now let’s move on to museums: the Nommo Gallery, which collects, exhibits and offers the possibility of purchasing a large selection of the works of the greatest contemporary artists of East Africa, and the National Museum of Uganda which, in addition to the collections of art, offers the wonderful experience of walking in the green heart of the city, thanks to a splendid public garden in the center of the structure.

The site of the Kasubi Tombs hosts numerous buildings with a characteristic conical shape where the Buganda rulers were buried. In 2010 a fire damaged some of the most important structures but, thanks to the restoration, it’s possible to visit most of the structures.

Before leaving Kampala, it’s worth visiting a couple of interesting buildings: the first is one of Uganda’s most particular religious buildings, the Bahai temple, dedicated to this religion of Persian origin. The temple is located in a beautiful park where you can walk freely and admire the landscape that extends over the hills around Kampala. The second is the presidential palace, just outside the center, in the Mengo area. Nature is the main reason to visit Uganda, with its unique animals, plants and geographic conformations.

Here are some of the areas worth visiting Uganda:

Kibale Forest N. P. famous for its vast primate population, where you can take a night walk.

Murchinson Falls N. P. to see the falls from above, take a cruise on the Victoria Nile, trekking and photo safaris.

Mghinga N. P. where there are three volcanoes that offer suggestive views of Uganda.

The cuisine in Uganda is a mix of English, Arabic, Asian and Indian cuisine. However, traditions are still alive, in fact in each tribe there is a very characteristic traditional dish. Thanks to a soil and a climate good for agriculture, the dishes are based on various vegetables, potatoes, bananas and many other tropical fruits. In addition, meats such as chicken, beef, goat, mutton and fish are used both fresh and in stews of all kinds.

Pineapples and bananas are a privileged part of the diet in Uganda, sometimes they are cooked or eaten instead of dessert or even as a snack.

Some of the typical Ugandan dishes are: Uganda is crossed on a plateau, with an altitude ranging between 1,000 and 1,200 meters, and temperatures varying between 25 and 35 ° C. Furthermore, Uganda is characterized by mountainous areas with very high volcanoes and peaks (from 4,000 to over 5,000 meters). Here and in the forests, the temperature range is high.

What is considered the season of big rains goes from April to May and the one of small rains from October to November, but there is no time of year during which the rains are totally averted, because Uganda is on the Equator. However, humidity is generally very low.

Language: more than 40 languages are spoken here. The main one is luganda.

It’s given the opportunity to offer himself as a porter for tourists no more than a dozen of times a year. For the rest of their days local people are employed as gatherers in the fields where, in a month, they earn the same amount of their daily wages as porters.

Their task during trekking is to bring your equipment, help you in the most difficult and slippery passages to avoid the risk of damaging your photo-graphic equipment, they will give you help for whatever you need.

Download an example of a travel plan. You can use it as a base for your customizide tour. 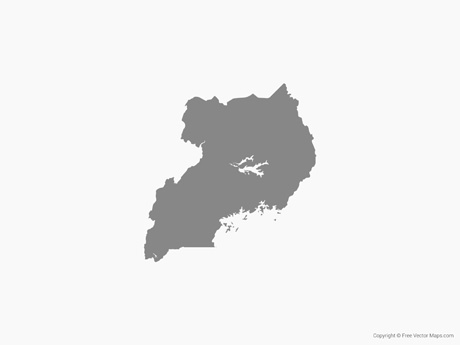